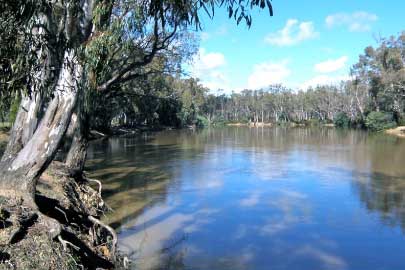 Barham is known as the heart of the mighty Murray River. There are many ways to enjoy the Murray River from Barham. Weather it be fishing, boating or just relaxing by the edge of the water watching the mighty Murray flow by. Barham has a great little park area with a bbq and playground located right on the edge of the Murray for all to enjoy. Why not take the leisurely stroll around Barham and Koondrook and check out the magnificent red gum carvings telling the history of the area. Grab a picnic basket and take the leisurely drive on any of the local bush tracks around Barham. Or if you are feeling fit grab a bike and take a ride around the local area. 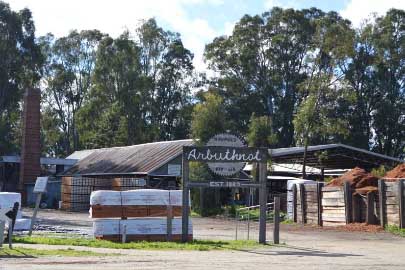 Arbuthnot Sawmills Pty Ltd is a family company established on its present site in Koondrook, Victoria by Alexander ( Sandy ) Arbuthnot in the year 1889.

The name of Alexander Arbuthnot is synonymous with the days when Paddle Steamers were more than Tourist attractions. “Sandy’s enterprises included building of paddleboats and barges for the busy river trade along the Murray River. The “Alexander Arbuthnot” paddleboat, built in 1923 in Koondrook is still in service as a tourist attraction at the Port of Echuca, Victoria. At their peak “Sandy’s” enterprises employed Two hundred men, between the sawmill, ship building and timber getting.

Since 1889 Arbuthnot Sawmills have played a major role in the social and economic viability of Koondrook and surrounding area. Today the mill employs fifteen full time employees, plus six contractors who do our logging in both Victoria and NSW. The sawmill today is a modern timber processing plant with automatic equipment which is a far cry from the days of steam power and heavy manual work. 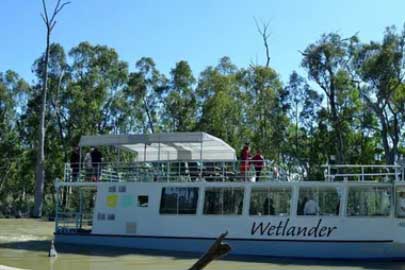 Wetlander Cruises provides the perfect backdrop for any occasion.
Our cruises combine the scenic landscape and waterways of the Gunbower Creek and Forest, with the enchanting dining experience for your family, friends, or work mates to enjoy.
Wetlander Cruises can cater for any event & can alter their cruise times to suit your individual needs.
Here at Wetlander Cruises we are able to operate on days other than those shown above.
So for your party, wedding, conference, meeting, or any other special event, please contact us on 0438 537 104 to make it an occasion to remember! 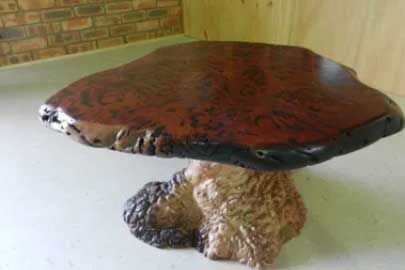 Curiosity was the drive behind Colin's passion for Redgum burls. He wanted to know what was underneath the burls on the trees in the forests. In 1988 after contacting NSW State Forests and obtaining the appropriate licences, Colin started collecting Redgum burls with the help of his father Alec. Now 28 years on Colin has collected many tonnes of burls. At this time Colin started making coffee tables, bowls, clocks and dining tables. He also supplied raw timber to other Redgum furniture manufacturers, wood turners and everyday people that want to make their own coffee tables.

Colin has been using mallee stumps/roots as bases for his coffee and dining tables from the very beginning and still uses them today for that unique look. 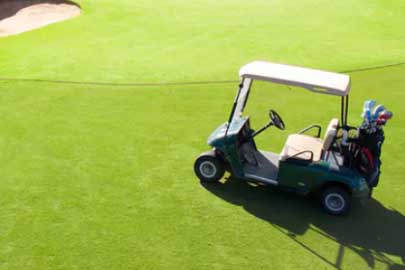 As one of the major golfing destinations along the Murray River, cluBarham Golf and Sports is the idyllic location for your next golfing escape. Nestled amid natural bush surrounds lies a sequence of magnificent grass greens and challenging bunkers that make up a visionary 18-hole championship golf course.

Planned by noted golf course architect Ross Watson, cluBarham uses his blueprint to continually improve and redefine the layout and quality of play of the course. 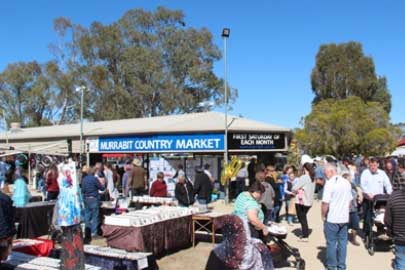 The Murrabit Country Market commenced in 1977 and held its 500th market in 2014. It was originally designed to provide a market outlet for cottage crafts and produce.

The Murrabit Market is still held the first Saturday of each month, with extra markets at Christmas and Easter. Each market attracts thousands of visitors to the area.

More than 200 stalls at the market with fruit and vegetables, local hand crafts, plants, tools, fishing gear, clothes, shoes and hardware. There is something for everyone at the Murrabit Market. 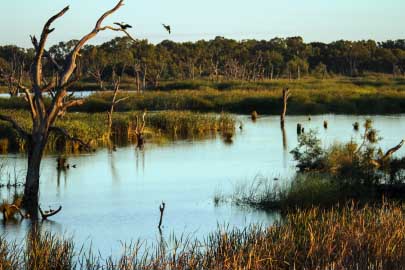 The Ibis Rookery at Middle Lake, six kilometres north of Kerang is a popular destination for nature lovers and bird watchers. The bird hide offers viewers the perfect place to watch Strawnecked and White Ibis and other spectacular birds such as Pelicans, Swans, Spoonbills, Egrets and Ducks.

Two species of Ibis inhabit the rookery with numbers often exceeding 20,000. The White Ibis is identified by its almost entirely white body plumage. The Straw-necked Ibis has unique, yellow, straw-like feathers on its neck. The wings, back and collar are glossy, iridescent black while most of the underparts are white. In both species the head is featherless, with the skin black and a long, down-curved, black beak. The Royal Spoonbill with its black, spoon-shaped bill and black legs also nests in small numbers amongst the Ibis. 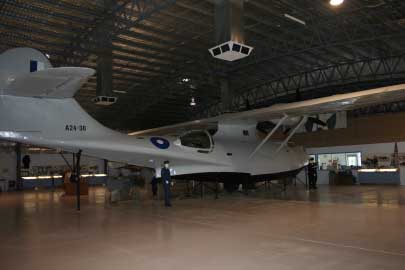 The Museum is a Lake Boga Lions Club project and is a memorial to those who worked on and with the Flying Boats during World War II and particularly commemorates the contribution made by service men and women stationed at the No. 1 Flying Boat Repair Depot, Lake Boga, Victoria.

The Lions Club, after many hundreds of volunteer hours, rebuilt the aircraft, A24-30, on display today and has re-constructed the adjacent Communications Bunker using original plans and photographs, to resemble its wartime state. 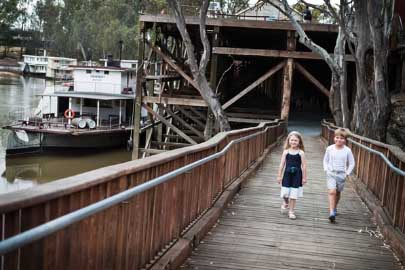 The bustling Port of Echuca is recognised as one of Australia’s finest heritage icons.

Built in 1865 by the Victorian Railways, the Port of Echuca Wharf was crucial to Echuca’s development. For many years, Echuca was the main shipbuilding centre for the river transport industry. Some of the boats built in Echuca, such as the PS Adelaide, still operate on the Murray River today. At its peak, Echuca supported 8 sawmills and turned over up to 240 paddle steamers a year.

Today, the Port represents the pageantry of the river trade’s heyday and offers an extraordinary insight into our pioneering days. The Echuca Wharf is a surviving part of the great red gum wharf, which once stretched more than a quarter of a mile. 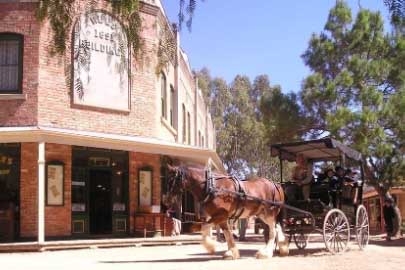 Set on three hectares of land on the banks of the Little Murray River, the Pioneer Settlement lets you experience Australian history first hand.

You will find real-life Mallee cottages, a hotel, schools and shops, plus our enormous collection of working tractors and machinery – sourced mostly from the local area. You can feel the heat in the blacksmith shop, listen to the sounds of the old Pianola or take a ride through our Mallee township on a horse and cart. As you wander the site, you can also chat to our staff and volunteers, all looking the part in costumes of the period. The Pioneer Settlement opened in 1966 after a joint community and government effort to recognise the unique history of our Murray Mallee region. By the 1970s, the Pioneer Settlement was one of the most popular tourism destinations in Victoria, if not Australia, and the concept has been emulated around the country. The Settlement is now introducing more ground-breaking tourism concepts to complement the historical Mallee townships. The Heartbeat of the Murray Experience will include a laser light show that, in a world-first, will combine modern laser technology with the natural river environment. It will tell the story of the Murray region from prehistoric times until today.